Good teams are where you find them. And these days they are everywhere—at least in name.

I’ve witnessed many organizations transition to “team-based” ministry simply by applying the word as a suffix to their existing groups (e.g., The ushers become “The Ushering Team,” the Customer Service staff becomes a “Customer Service Team”). In the long-term this move usually accomplishes only one thing: convincing everyone that the whole “team” thing has no merit—which it doesn’t when handled that way.

This trend illustrates just how easy it is to get a really important idea really wrong. In his classic book, The Five Dysfunctions of a Team, Patrick Lencioni outlines the primary ways in which good intentions turn into bad teams. The five include:

1. Absence of trust
2. Fear of conflict
3. Lack of commitment
4. Avoidance of accountability
5. Inattention to results

As our new church in Berkeley transitioned from the resource-development phase to the team-building phase a few years ago, I was forced to reconsider all of these issues.

My conclusion is that Lencioni basically has it right, even if some of his concepts are a bit more complicated to apply in the non-profit sector with its volunteer staffing.

However, at least one potential “dysfunction” could be added to his list of five: the leader’s misplaced belief that my next team must be like (or unlike) my last team. This is the sixth dysfunction.

An effective pastor friend, for example, recently voiced frustration over his inability to replicate a very positive 1980’s staff experience with the groups he led in later decades, despite repeated attempts. I suspect he speaks for many others in many fields.

Looking back over my own experience, I feel very fortunate to have worked with some  great people in team settings, but only recently have I realized how radically different all of these groups were from each other.

My training taught me to beware of looking for teammates who are too much like me. And that’s good advice. But no one ever warned me about two other temptations: (1) if my last team experience was positive, I may attempt to recreate it even if it does not fit my new context well, or; (2) if the preceding team environment turned out poorly, I may bypass people I need in my new situation just because they resemble some bad memories.

At first it seems easy to grasp why a new team should be quite distinct from the last. After all, the new task likely has requirements, goals, resources, and infrastructure that are unlike what I’ve experienced in the past. So putting together a completely new kind of team seems like the logical thing to do.

Until you try it. Then my last team easily becomes the standard of measurement by which I evaluate prospects and procedures for the new group.

The search for a personal “comfort zone” can blind me to the very people and practices I need, while bringing in those that remind me of my last positive experience. Working this way can lure me into creating a “sequel” to my last leadership role, forsaking the fresh, creative team format that likely is necessary to succeed in a new context.

The first step in forming a new team, then, is a “funeral” for the last one. Not that the relationships or the fruitfulness or the good memories are lost, but I must say “goodbye” to those days. Being informed by experience is fine. Being controlled by it is not.

A new team’s life depends on a fresh start in which it is not compared to a group that no longer exists. Our memories of the past can be as much mythology as history so their navigational value is questionable anyway.

So to build the next group, let the last one go. Pray for the laborers to be thrust into the harvest field. And ask the Holy Spirit for the discernment to see who they are and how to work with them in new ways.

A few days ago Janet and I saw Johnny Mathis in concert with the San Francisco Symphony. The tickets were a gift from our church’s leadership team. They became a gift in another way.

If you’re new to Johnny, check out his legendary career on Wikipedia.

Icon is not too strong a word.

He took the stage with the kind of slow walk that said, “No need to hurry. I’ve been here before.” The packed house went crazy, beginning the set with a standing ovation. Nothing bothered them. Not the constant medleys, not the brevity of the event, not Mathis’ habit of singing with his shoulder to the audience.

But I couldn’t stop thinking: This guy is 77! How does he keep doing it?

The easy answer is that he has an older audience that was young when Mathis reached the height of his fame back in the 20th century..)

A few of these lessons might include the following:

The performance was punctuated with so many rounds of applause I lost count. Even approaching 80, Mathis makes an audience glad they showed up. That’s not an accident. He referenced the full rehearsal he and the Symphony worked through in the afternoon. In the 6th decade of his career, Mathis continues to work on his craft, taking nothing for granted. When someone asked film star and humorist Steve Martin how to make it in show business he replied simply, “Be undeniably good.” If you’re superb and older, people call you a virtuoso. If you’re average and older, they just call you old. Develop your craft now and you’ll have an audience later.

Mathis has an audience now because he was scoring hits in 1957.

The market doesn’t lie over time; in fact, he may be more famous now than ever (his Facebook page has over 96,000 “likes”). I often meet ministers who tell me they “want to teach” at the end of their careers, a noble goal. I feel like asking them, “So what have you done so far?” Age by itself does not create wisdom, neither does it qualify a leader to form others. Be fruitful now and influence will find you.

Being backed by a world class orchestra certainly did not hurt the 77 year-old’s presentation. No doubt, he has lost a step in terms of vocal ability. But instead of bailing out of the business he simply turned away from recording albums to performing live with other outstanding musicians. In other words, a truly great symphony covers a multitude of vocal sins. Like a great picture in a lovely frame, the combination works beautifully. So the audience seemed completely forgiving of that lost step.

Leaders can prepare themselves (e.g., by education) for the settings that will employ their gifts to best effect later in life. It’s not likely that many of us will do the same thing forever. So what’s that next thing going to be?

The star’s clothing distracted me. Mathis performed in a shiny shark skin suit that included baggy pants and a white shirt (no tie). For someone who grew up in a city (San Francisco) where everyone seems to wear black, I was surprised by his fashion choice. Perhaps he prefers a “lucky suit,” or maybe his black suit was lost by an airline. But really. Shark skin? I got the feeling no one is telling Johnny about this image deficit.

Recently one of my younger mentors saw me setting up my GPS for a trip. He scoffed that using one these days is like carrying a pager on your belt. Ouch. I made the trip using the iPhone Google maps app.

At first I barely noticed the jazz quartet seated unobtrusively between Mathis and the orchestra. But as the performance unfolded, their skills came to the forefront, including a music director who could simultaneously play the piano with his left hand and the keyboard with his right. The guitarist has been with Johnny for 43 years and handles all of his bookings. Mathis is a star at singing because he doesn’t have to be a star at anything else. Virtuosos are specialists. Eric Clapton. Tony Bennett. Sherlock Holmes. All virtuosos. All specialists.

Most of us begin as general practitioners, but age brings with it the opportunity to focus on something specific that will maintain our value in the market. That means making space for other people to star in their speciality. No one gets there alone.

Johnny never attempted to do a three-hour performance. Like Tony Bennett, whom we saw in concert a few years ago, he sang for just over an hour, including numerous instrumental interludes. This concert length might have been a disappointment in 1975, but certainly not now. Mathis limits his performances so he can continue to do them, wisely staying within the physical limits imposed by age. As leaders grow older, the 80 hour weeks (which were never a good idea anyway) become both less rewarding and less feasible. Going long means taking care of yourself so that others benefit from your gifts for as long as possible.

I’m 17 years from being Johnny Mathis’ age, but I can see it from here.

His enduring mastery of vocal performance increased my faith in what leaders can do later in life even in a youth-exalting culture.

We cannot be young again. But we can always be a better older person. 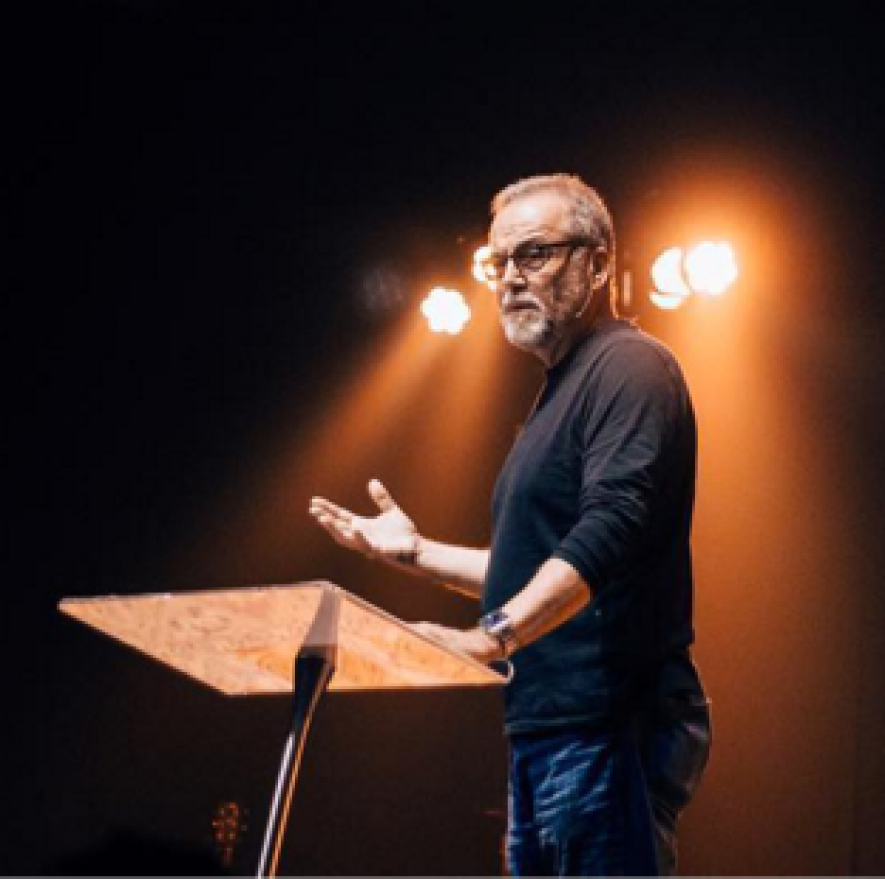